You are here: Home / Senza categoria / US General vows action if intelligence distorted to show gains in Iraq, Syria 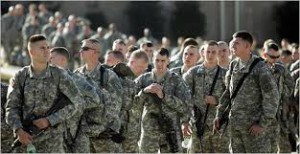 The top U.S. commander for operations in the Middle East said Wednesday he would take “appropriate action” if an investigation concludes that members of his command distorted intelligence to make the U.S. fight against the Islamic State appear more effective than it has been, The US Today Site said.

The Pentagon’s inspector general is investigating allegations that intelligence at U.S. Central Command was manipulated for reports prepared for the White House and Congress to show more progress against the militants in Iraq and Syria. Gen. Lloyd Austin, who heads U.S. Central Command, told the Senate Armed Services Committee that he could not address specifics of the investigation, but he relies on commanders on the ground and input from professional intelligence analysts.

He said he insists on candid intelligence estimates from his staff. The investigation highlights growing concerns among some lawmakers that the administration exaggerates progress in combating the Islamic State militants. Austin said Iraqi government and Kurdish forces are taking territory back from the Islamic State with the help of airstrikes by a U.S.-led coalition. “We continue to make progress across the battle space in Iraq and Syria,” he said. There is not much evidence of progress by Iraqi forces in their offensive to retake Ramadi, a key Sunni city west of Baghdad.

That campaign has dragged on for months. Senate Armed Services Committee Chairman John McCain, R-Ariz., said testimony from Austin and Christine Wormuth, a top Pentagon official, was “divorced from reality.” Hundreds of U.S. trainers are in Iraq attempting to make Iraqi forces more effective. Territory regained in Iraq is largely credited to victories in the field by Shiite militias and Kurdish forces. Building an opposition ground force to battle the Islamic State in Syria is proving slower than anticipated, Wormuth acknowledged.

The first several dozen U.S.-trained opposition forces were routed by an al-Qaeda force when they entered Syria in July. Only about four or five members of that force are still fighting, Austin said. An additional 100 to 200 are in training outside Syria. The Pentagon had forecast training 5,400 Syrian opposition fighters per year for several years.