You are here: Home / MidEastGulf / US forces in Persian Gulf in state of readiness due to relations with Iran 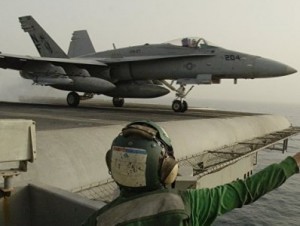 U.S. forces of forward deployment in the Persian Gulf are in the “highest state of readiness” because of increasing tensions with Iran and concerns about the overall readiness of the troops and equipment, RIA Novosti reported quoting official in the U.S. Department of Defense.

Defense Department official explained that readiness was a misunderstood concept. For example, not-ready Navy ships were those being repaired or upgraded in dock or undergoing crew changes, he added.

He also noted that there were always a percentage of U.S. forces that were not in a state of readiness.