You are here: Home / Mediterranean / US Forces in Africa: Islamic State fighters in Libya doubled 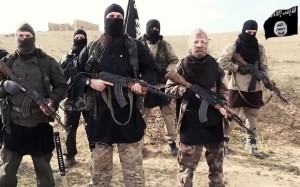 Islamic State has doubled its fighters in Libya to between 4,000 and 6,000 in the last 12 to 18 months but militias in the North African nation have limited the hardline militants’ growth, the commander of US forces deployed in Africa said on Thursday, according to USA Today.

The city of Sirte is Islamic State‘s stronghold in Libya, but it also has a presence in Derna and Benghazi in the east and Sabratha in the west, General David M. Rodriguez, head of US Africa Command, told a news briefing.

“In Benghazi and Derna, (Libyan armed groups) have fought back against the Islamic State and made it much tougher for them to operate, as well as in Sabratha,” he said.

“They are contesting the growth of ISIS in several areas across Libya,” Rodriguez said, citing American intelligence assessments on the growth of Islamic State, also known as ISIS.

The group’s expansion in Libya has worried Western governments, which fear it will take advantage of persistent political chaos to emulate its success in seizing territory in Iraq and Syria.

Since 2014, loose coalitions of armed brigades have backed rival governments in Tripoli and the east.

Western governments back the Government of National Accord, in part, as the best chance for uniting armed factions against Islamic State.

“The challenge of the Government of National Accord is to bring them together, one for the future of Libya, but also to get rid of ISIS,” Rodriguez said.

He downplayed the possibility Islamic State could strike out from its base and take large portions of territory as it did in Iraq and Syria.

“They don’t have the homegrown people that know as much about Libya like they did in Iraq and Syria,” Rodriguez said.

“The Libyan people are also different in the way they treat and respond to foreigners, so all that has an impact.”

US air strikes in Libya have targeted Islamic State, but those efforts are focused on targets posing an imminent threat to American interests and personnel, Rodriguez added.