You are here: Home / West Asia / US Embassy in India warns its citizens of increased threat from Islamic State 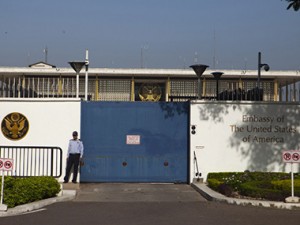 The United States (US) embassy in India warned its citizens in India to remain vigilant and stay away from places frequented by Westerners after certain media reports that the Islamic State (IS/ISIS) terror group may be planning to attack such targets, reports The Times of India on December 22.

The US embassy warns of an increased threat to places in India frequented by Westerners, such as religious sites, markets, and festival venues,” said the US embassy in a statement.

“All US citizens are reminded to maintain a high level of vigilance and take appropriate steps to increase their security awareness as detailed in the State Department’s Worldwide Caution of September 9, 2016,” it added.