You are here: Home / Senza categoria / US: drone strike kills 150 Al-Shabab in Somalia 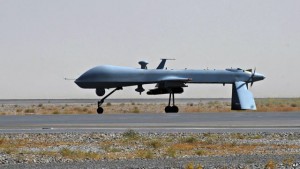 The U.S. military says it carried out a drone strike in Somalia that killed more than 150 fighters with the militant group al-Shabab.

He said U.S. intelligence indicated the fighters were training for a “large-scale attack” and posed a threat to U.S. and African Union forces in Somalia.

VOA’s Somali Service reported Sunday that the airstrike hit a base in the village of Dhariyow in the central Hiran region.  Local villagers said the strikes hit the camp as new al-Shabab fighters graduated from training.

The Islamist militant group has been fighting to overthrow the Somali government since 2007.

The U.S. has launched numerous airstrikes against the group, including one that killed the group’s leader, Ahmed Abdi Godane in September 2014.