You are here: Home / Europe / US demands UK takes back 600 British ISIS supporters and their families from Syrian refugee camps 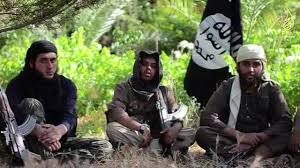 The US has told the UK it should repatriate around 600 British ISIS fighters and their family members who are living in refugee camps in Syria, like reported by dailymail.co.uk.

The extraordinary number of fundamentalist soldiers – and their wives and children – who have or are entitled to have British passports has been revealed, amid a Cabinet rift over whether to allow them to return.

But as the Government deliberates, the US is increasing pressure on Britain to bring British jihadis back to the UK to face justice.

The US has long demanded London repatriate any of its ISIS fighters caught on the battlefield, but US Secretary of State Mike Pompeo has recently stepped up the demand to include family members as well.

This would include Aseel Muthana, from Cardiff, who travelled to the war zone aged 17 in 2014 to join his brother Nasser, 21, a former medical student. Aseel has been found in a Syrian camp.

The siblings are now on a United Nations list of dangerous fanatics whose assets have been frozen and who are on international no fly lists.

It comes as the Mail tracked notorious ISIS bride Shamima Begum – the former London schoolgirl who married a jihadi – to her camp in Syria last week, from where the 19-year-old claimed to have changed and said she wanted to come home.

Donald Trump’s administration is determined to close down Syria’s giant refugee camps and are working to ensure no ISIS fanatics remain in the camps or escape to the US.

It emerged over the weekend that the American demand sparked a bitter row between Cabinet ministers during a National Security Council meeting.

The Mail on Sunday revealed Boris Johnson is drawing up plans to send the SAS into Syria to bring back the British children of Islamic State fighters, but the controversial repatriation scheme sparked a major Cabinet rift inside the Government’s top secret National Security Council (NSC), where there is currently deadlock on the issue.

It is understood that there are about 30 minors with claims to UK citizenship in camps in northern Syria. They were born to British parents who joined ISIS.

Following tense talks at two meetings of the NSC in recent weeks, a final decision on whether to deploy British troops and officials to repatriate the children back is expected early this month.

Even if given the green light, only those aged 16 and under would be extracted, but the Prime Minister is facing fierce pressure to abandon the plan over safety and legal concerns.

One Government figure claimed Mr Johnson was ‘wavering’ but another suggested the PM was ‘minded to’ give the go-ahead. Downing Street is likely to be furious that details of talks at the NSC, which is made up of the Cabinet’s most senior Ministers and the heads of the security services, have emerged.

Participants are bound by the strictest code of secrecy and the then Defence Secretary Gavin Williamson was sacked in April after being accused by Cabinet Secretary Sir Mark Sedwill of leaking details of a NSC meeting about the Chinese technology giant Huawei. He denied the claim.

It is understood that support for the repatriation plan is being led by Foreign Secretary Dominic Raab and International Development Secretary Alok Sharma.

Mr Javid took a tough approach to British nationals who travelled to Syria and Iraq to fight for ISIS when he was Home Secretary.

When former Foreign Secretary Jeremy Hunt said in March that Ministers ‘have been looking at how we can get in touch with these children, how we can find a way to get them out’, he squashed the plans due to fears that it could give ISIS fighters and their brides, such as Shamima Begum, a path back to Britain.

Last week Begum, who fled her home in East London, aged 15, in February 2015 and married a jihadi in Syria, issued a fresh plea to be allowed to return to the UK. The Mail on Sunday revealed in March that she had been stripped of her British citizenship after the security services found evidence that she helped ISIS fighters to prepare suicide bombs. Her baby son, Jarrah, died in a refugee camp in March.

Publicly the Government says there is no means of helping the British children in war-torn Syria because there is no UK consular access.

A senior Government source told The Sun : ‘A lot of these people are still very dangerous, and pose a national security risk to the United Kingdom.

‘What would we do with them if they all came back, and where would we put them? How much would all that cost? It would be very unpopular.

‘We cannot trust our de-radicalisation programme, which has had patchy results at best in the past.’

At least 900 British citizens in total fled to join up with Islamic State in Syria and Iraq.

The Government’s most recent public assessment 18 months ago was that one in five of those were killed on the battlefield or in coalition air strikes, and 400 had returned home.

It was thought that only around 350 were still unaccounted for, but the most recent secret assessment by intelligence agencies has discovered that number has close to doubled to more than 600, with all the their new offspring counted.

It is understood that the repatriation would not have to include Begum, who has now been stripped of her British passport.