You are here: Home / Senza categoria / US Defence Secretary: “We are prepared to send in Iraq attack helicopters” 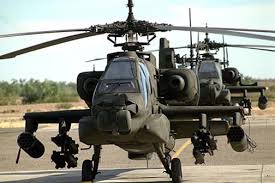 In remarks to a Senate Armed Services Committee hearing in Washington yesterday, the US Defence Secretary said that in order “to finish the job”, the US would be prepared to send attack helicopters and military advisors to assist Iraqi security forces in taking back Ramadi, Anbar Province.

“The United States is prepared to assist the Iraqi Army with additional unique capabilities to help them finish the job, including attack helicopters and accompanying advisers, if circumstances dictate and if requested by Prime Minister Abadi,” said Ashton Carter, confirming that any such action could take place only at the direct request of the Baghdad government.

Operations against Islamic State in the area are taking longer than expected, and an anonymous source told Reuters that advisors could be ready to direct troops through the centre of the city in a matter of weeks.

As Abadi has yet to request the assistance of helicopters, a White House spokesperson explained that the US President is yet to approve the proposal. Josh Earnest told reporters, “Any decision like this would only come at the request of Prime Minister Abadi, and after explicit sign-off from the president of the United States. And that sign-off has not been given at this point.”

Attack helicopters, such as Apaches, would need to be piloted by US personnel, further blurring the nature of the “advisory” role being played by US troops in Iraq.