You are here: Home / MidEastGulf / US considers establishing new bases in Iraq 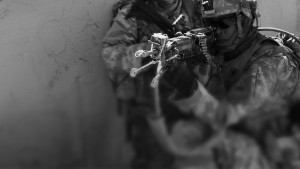 Dempsey, who is also the chairman of the Joint Chiefs of Staff, announcement came a day after President Barack Obama’s administration unveiled plans to send 450 advisers to Iraq.

The Pentagon said on Thursday that the United States has spent more than $2.7 billion on the war against “Islamic State” militants in Iraq and Syria since bombings began last August. The average daily cost of fighting IS is now more than $9 million.

Taqaddum, the new air base

The new contingent of advisers will be based at al-Taqaddum air base, which is located 22 miles (37 kilometers) from Ramadi. The area is located around the Euphrates River between jihadist-held cities of Ramadi and Fallujah.

“What we’re doing in al-Taqaddum is something we’re considering doing elsewhere,” Pentagon spokesman Colonel Steven Warren said. Asked about how many bases would be established he said: “Several, I would think,” the AFP news agency quoted him as saying.

He told reporters that the hub at al-Taqaddum could be the first of a number of new bases across the Iraq for US military advisers, depending on how successful Iraqi forces are in retaking Ramadi.

A “lily pad” for Iraqi forces

Dempsey compared the base at al-Taqaddum to a “lily pad” that would allow the US “to encourage the Iraqi security forces forward.”

Establishing more bases to get US military advisers closer to the battlefront would likely require more American troops deploy to Iraq beyond the 450 trainers announced by the White House on Wednesday.

But Warren said forces already on the ground could be also shifted to the forward bases. There are currently about 3,100 US troops stationed in Iraq. Prospective sites for new bases were already being looked at, but much would depend on the results of the advisory effort at Taqaddum, Dempsey added.

The White House has played down the Defense Department’s talks of new bases. White House spokesman Josh Earnest said there were “no immediate plans” to open another base in Iraq.

Obama has also said the US soldiers would not engage in combat but advise Iraqi forces on how to best combat Islamic State.

There were more than 160,000 US troops stationed in Iraq at the peak of the US’ eight-year war in the country.