You are here: Home / MidEastGulf / US claims al-Baghdadi’s death is imminent 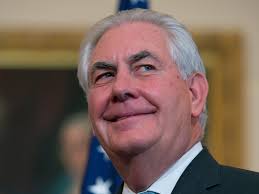 Secretary of State Rex Tillerson declared Wednesday that Islamic State leader Abu Bakr al-Baghdadi’s death is imminent, as US-backed forces close in on the jihadists in Syria and Iraq, like reported by iafrica.com.

“Nearly all of Abu Bakr Baghdadi’s deputies are now dead, including the mastermind behind the attacks in Brussels, Paris and elsewhere,” Tillerson told a coalition meeting in Washington.

“It is only a matter of time before Baghdadi himself meets this same fate,” he promised, as he opened discussions between the 69 members of the US-led military coalition and their Iraqi ally.

Earlier this month, a US defense official told reporters that Baghdadi, the elusive leader of the Islamic State group’s so-called “caliphate” had fled the Iraqi city of Mosul.

The northern city has been encircled and partially liberated by US-backed Iraqi forces, amid intense street battles, and officials now think the IS chief is cut off from command.

Now, the US-led coalition hopes to finalize the reconquest of northern Iraq and to turn the screw on the last IS bastion in Syria, its nominal capital in the city of Raqa.

“The great commonality among we who have gathered today is a commitment to bringing down a global force of evil and I emphasize the word commitment,” Tillerson said.

“The success of our mission depends on a continued devotion to our stated objective of defeating this terrorist organization.”