You are here: Home / Mediterranean / US citizens warned to quit Libya immediately 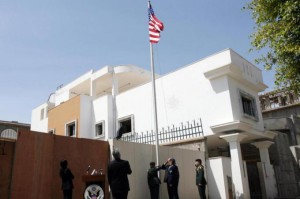 The Untied States has warned all its citizens still in Libya to leave straight away.  In a travel advisory published today the US State Department repeated its January warning that American citizens should avoid going to Libya. However, it added the recommendation that “US citizens currently in Libya depart immediately”.

Said that the Libyan security situation remained unpredictable and unstable.

The US embassy in Tripoli was evacuated in July 2014 for security reasons. The mission first moved to Malta but has since relocated in Tunis, to where the majority of other embassies had evacuated.