You are here: Home / West Asia / US, China part of Army’s largest joint drill in Pune next year 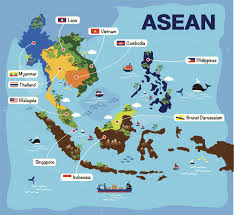 Indian Army will hold its largest ever multi-nation military exercise in Pune next year, in which all the ten member states of ASEAN and its eight dialogue partners including China, Japan, Russia and the US will participate.

Army sources said for the period of 2014-17, Association of Southeast Asian Nations (ASEAN) had developed a roadmap to build common understanding to achieve interoperability in the fields of Humanitarian Mine Action and UN Peacekeeping Operations in the region.

“For the first time in the history, Indian Army will be conducting one of the largest multinational exercise in March 2016 in Pune,” one of the sources said.

The sources added that the Field Training Exercise (FTX-2016) would involve participation from 18 ASEAN plus nations for a period of one week.

The countries that will take part in the joint exercises are the ASEAN’s 10 member states and eight dialogue partner countries which are China, Japan, South Korea, the US, India, Russia, Australia and New Zealand.

“The FTX-2016 would promote practical cooperation and give opportunity to share and learn good practices from each other,” a source said.

The Exercise Planning Conference for the FTX-2016 will start at Pune from tomorrow and end on September 30, and members from ASEAN Headquarters, Cambodia, Vietnam, South Korea and India would plan and coordinate the exercise events.

Indian delegation is being led by Brigadier Ashok Narula from Army Headquarters, the sources said.

ASEAN and India reaffirmed their commitment to strengthen and advance the strategic partnership earlier this year and agreed to step-up cooperation.