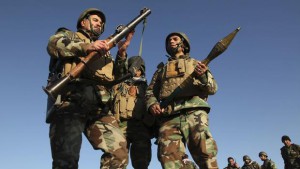 A Kurdish militia that has been backed by US-led air strikes in Syria has joined a new military alliance that includes Arab groups, a statement released overnight said.

The alliance calling itself the Democratic Forces of Syria includes the Syrian Kurdish YPG militia and Syrian Arab groups that have already fought alongside it against the Islamic State militant group in northern Syria.