You are here: Home / West Asia / US asks all NATO allies for flexibility in Afghan drawdown plans 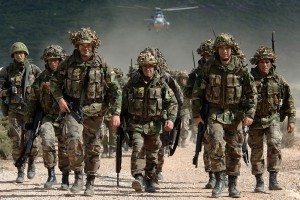 The United States asked all NATO allies for flexibility as the alliance reviews its plans to rapidly withdraw troops from Afghanistan, U.S. Defense Secretary Ash Carter said on Thursday after talks in Brussels.

“I have asked all of the NATO partners to remain flexible and to consider the possibility of making adjustments to a plan that is now two-and-a-half years old for the presence in Afghanistan,” Carter said.

“A number of countries today indicated a willingness to change their plans and posture.”

Meanwhile, NATO troops may need to stay in Afghanistan for a longer period and any decision should be based on the situation on the ground, Germany defence minister said on Thursday, in an implicit criticism of the U.S. time line.

“We need to look at whether we need to stay longer,” Ursula von der Leyen said as she arrived for a meeting of NATO defence ministers in Brussels.