DEA nabs terror network laundering millions on behalf of drug cartels in order to finance terrorism and operations in Lebanon and Syria. 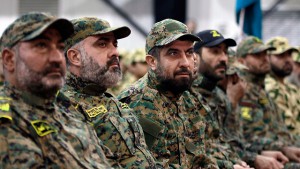 The United States’ Drug Enforcement Agency (DEA) on Monday declared that an international enforcement operation had caught a Hezbollah network responsible for laundering millions of dollars on behalf of Latin American drug cartels and funding its operations in Syria and Lebanon with the profits.

According to CNN, four people were arrested thanks to the operation, which involved seven countries, including France, Germany, Italy and Belgium.

CNN quoted a statement by DEA Acting Deputy Administrator Jack Riley saying that the targeted division provided “a revenue and weapons stream … responsible for devastating terror attacks around the world.”The network also reported that the investigation in the case began last February and that more arrests are expected.

The Hezbollah network apparently cooperated with South American drug cartels, which sent the terror group profits from cocaine deals in Europe and the US. Hezbollah retained some of the money, then laundered the rest and returned it to South and Latin America.

DEA spokesman Rusty Payne told CNN that purchasing and selling high-end used cars was the method for laundering the money, with the launderers occasionally hiding the cash inside the vehicles.

The alliance between Hezbollah and the cartels is partly the result of plummeting oil prices and decreased support for the group by Iran. Operatives’ salaries have also dropped, causing a crisis in morale.

Hezbollah began laundering money for drug cartels in the 1980s via Lebanese immigrants in South America. Terrorism expert Matt Levitt of the Washington Institute for Near East Policy told CNN that the group will soon be able to raise more funds through drug deals than by any other means.