You are here: Home / Senza categoria / US Army Cyber Command tried to ‘manipulate the thinking’ of ISIS followers 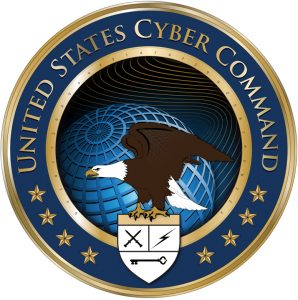 A U.S. military task force used cyber operations in an attempt to “manipulate the thinking” of Islamic State followers, Gen. Paul Nakasone, the head of Army Cyber Command, said Tuesday according to washingtonexaminer.com.

Nakasone confirmed details about Joint Task Force Ares in testimony to the Senate Armed Services Committee and said he had learned lessons as the task force commander that could be used to counter Russian cyber meddling in the U.S.

Sen. Bill Nelson, D-Fla., questioned Nakasone on what the services learned from the task force, which was formed in 2016 and publicized for its efforts to disrupt ISIS by knocking out its networks and blocking it from social media.

“Have you conducted operations in Task Force Ares designed to manipulate the thinking of ISIS adherents?” Nelson asked.

Nakasone confirmed he had, saying, “I would offer that that is perhaps the piece of Ares that I’ve learned most about, being able to provide a message, being able to amplify a message to impact our adversaries.”

The information operations were conducted at the military’s tactical and operational level, rather than the higher levels of command, Nakasone said.

“But I think that’s where it begins, understanding how you provide that message, the infrastructure that you need, the capabilities that are going to underpin your messaging,” he said.

Nelson and other Democrats on the committee have pressed Nakasone and Adm. Mike Rogers, the outgoing head of CYBERCOM, over the response to Russia’s hacking operations aimed at sowing discord in the U.S.

Rogers told the committee late last month that Trump never authorized or ordered him to retaliate against Moscow for its meddling in the 2016 presidential election.

“Are there lessons from the task force that can be elevated to the strategic level and applied to the information warfare threat from Russia?” Nelson asked Nakasone.

“There probably are in terms of the lessons that we’ve learned in Ares,” he said.

The military must start building its cyber offensive capabilities early, provide the needed infrastructure for its operators, and cultivate the experience and talent needed for such operations, Nakasone said.