You are here: Home / MidEastGulf / US approves fast patrol boats for Qatar 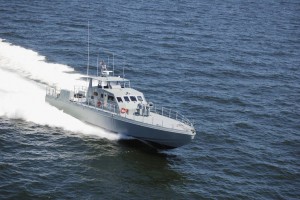 The US State Department has approved the sale of five Mk V fast patrol boats to Qatar, the Defense Security Cooperation Agency (DSCA) announced on 23 August.

It said the prime contractor for the Foreign Military Sale (FMS) will be United States Marine Inc (USMI) and that the estimated cost of the five boats, related equipment, training, and support is USD124 million.

The boats will be fitted with infrared cameras and armed with 27 mm gun systems and .50 cal M2 machine guns, it said, but provided no further details.

The Mk V is becoming one of the more popular fast patrol boats in the Gulf region.