You are here: Home / MidEastGulf / US approves $295.6M military equipment sale to Peshmerga 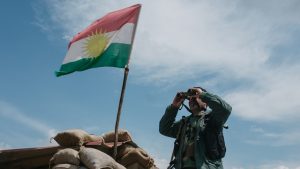 The US State Department on Wednesday approved the sale of military equipment to the Kurdistan Region’s Peshmerga forces worth USD $295.6 million, like reported by kurdistan24.net.

A Pentagon agency announced the US State Department had agreed to a deal worth nearly $300 million in artillery and infantry equipment for Peshmerga forces in the Region.

“The equipment requested by the Iraqi government would outfit two Peshmerga infantry brigades and two support artillery battalions,” according to a statement by the Defense Security Cooperation Agency.

“These artillery battalions and infantry brigades will operate under the Kurdistan Regional Government (KRG) Ministry of Peshmerga with the concurrence of the central government,” the report added.

“The State Department has made a determination approving a possible Foreign Military Sale to the Republic of Iraq for equipment for two Peshmerga infantry brigades and two support artillery battalions,” the statement explained.

“This proposed sale will contribute to the foreign policy and national security objectives of the United States,” the statement concluded.

Since the emergence of the Islamic State (IS) in Iraq, the Kurdistan Region Peshmerga have been on the front lines defeating the insurgents.

The former US Secretary of Defense Ashton Carter previously mentioned the Kurdish forces were the most efficient troops battling IS.