You are here: Home / MidEastGulf / US approve fighter jets sale to Bahrain, Kuwait and Qatar 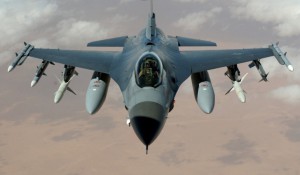 The United States began notifying lawmakers that it has approved more than $1 billion in long-stalled sales of Lockheed Martin Corp (LMT.N) jets to Bahrain, sources familiar with the decision said recently. It has also approved $7 billion in the sales of Boeing Co (BA.N) fighter jets to Kuwait and Qatar.

The sales had been pending for more than two years. Quoting the sources, a report by Reuters said that the US officials began notifying lawmakers informally about the plans to sell 17 Lockheed F-16 fighter jets to Bahrain, plus upgrades of up to 20 additional aircraft.

“They also told lawmakers about the sale of 36 Boeing F-15 fighter jets to Qatar valued at around $4 billion, and 28 F/A- 18E/F Super Hornets, plus options for 12 more, to Kuwait for around $3 billion,” the sources said.

The deals will be formally announced once the 40-day informal notification process has ended. Then lawmakers will have 30 days to block the sales, although such action is rare. Reuters reported earlier this month that the US Government was poised to approve the long-delayed sales to Bahrain, Kuwait and Qatar.

The State Department said it could not comment on any ongoing government-to-government arms sales.

Delays in the process had caused frustration among US defence officials and industry executives, who warned that Washington’s foot-dragging could cost them billions of dollars of business if buyers grew impatient and sought other suppliers.

The approval of the fighter jet sales comes as the White House tries to bolster relations with Gulf Arab allies.

Boeing’s F-15 line is set to close in 2019 after Boeing completes work on a large order for Saudi Arabia, unless a follow-on order is approved.

“The company is adding new technology to the F-15 and F/A-18 and other aircraft, and is refurbishing them on the same assembly lines use to build new aircraft,” she added.