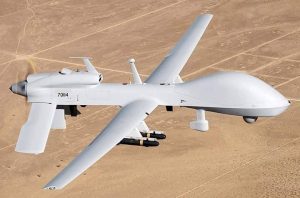 At least five militants affiliated with the Islamic State of Iraq and Syria (ISIS) terrorist group were killed in an airstrike carried out in eastern Nangarhar province of Afghanistan, like reported by khaama.com.

The provincial government media office in a statement said Thursday the airstrike was carried outin Haska Mina district on Wednesday.

The statement further added that the militants were targeted in the vicinity of Nari Oba area of the district.

In the meantime, the Afghan security forces arrested two ISIS militants and confiscated weapons from them during an operation in Chaparhar district.

Both the Taliban and ISIS militants attempt to expand their foothold in the key and remote districts of Nangarhar province.

The movements have forced the Afghan forces ad US forces based in Afghanistan to conduct regular operations and airstrikes to eliminate the terrorists from expanding their insurgency in this province.

The local officials on Wednesday said at least thirteen ISIS militants were killed in a drone strike conducted by the US forces in Achin district on Tuesday.