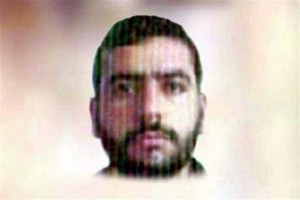 The head of the Islamic State in Libya has been killed in a US airstrike, the Pentagon has announced, days after an American drone hit claimed the life of the terror group’s dreaded executioner Jihadi John.

The attack against Abu Nabil was carried out by US F-15 fighter jets, officials said. The Pentagon announcement comes as the Islamic State terror group claimed responsibility for Friday’s attacks in Paris that killed at least 129 people during mayhem of bombings and shooting. The Pentagon, however, said the two events were not connected.

Cook said reporting suggested Nabil may also have been the spokesman in the February 2015 Coptic Christian execution video.
“Nabil’s death will degrade ISIS’s ability to meet the group’s objectives in Libya, including recruiting new ISIL members, establishing bases in Libya, and planning external attacks on the US,” Cook said.

Cook, however, noted that this operation was authorised and initiated prior to the terrorist attack in Paris. Nabil’s death comes days after dreaded Islamic State executioner Jihadi John was killed in a US drone strike.

Although one or two officials in Washington are counselling caution, there is now an overwhelming consensus that Jihadi John was killed in the drone strike along with a sympathiser – possibly his driver – as their car hurtled through the Syrian town of Raqqa.

Gradually details of how the British Jihadist was tracked down and then attacked by a drone have started to emerge. A British drone, operating from Lincolnshire, helped track Jihadi John, although what are believed to have been the fatal shots were fired by the Americans. According to one report he was tracked for six weeks before the decisive strike was made.