You are here: Home / Mediterranean / US AFRICOM sees a role for Russia in trying to restore peace in Libya 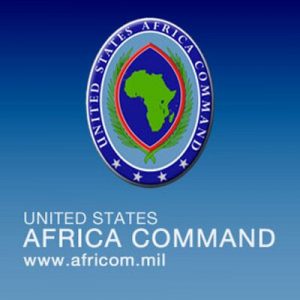 The commander of U.S. forces in Africa has told VOA the only way to restore peace in Libya is to bring rival factions together, and that will require cooperative efforts by many parties, including Russia.

General Thomas Waldhauser, who heads the U.S. Africa Command, discussed the continuing political chaos in Libya while in Germany for the recent Munich Security Conference.

Libya is a checkerboard of separate, divided power centers: The internationally backed Government of National Accord controls only part of Tripoli, while rival power bases vie for control over the rest of the capital and other cities. Along the North African coast, the head of the Libyan National Army, General Khalifa Haftar, holds sway over much of eastern Libya through his House of Representatives.

Waldhauser says Haftar’s influence “is something to be dealt with,” and that eastern Libya “is where a political solution … has to take place,” in large part because the army chief controls most of Libya’s oilfields.

“This is where it all begins,” the American commander says, and also where Russia comes in.

Waldhauser noted it is apparent Russia wants to become actively involved in trying to resolve Libya’s political unrest — not least for its own economic interests — and said he welcomes that.

Russia’s state-owned oil giant Rosneft has offered billions of dollars in investments to Libya’s National Oil Company (NOC), and officials of the two companies announced Tuesday in London that they have a preliminary agreement to pursue a development program. Russia also committed itself to buying an undisclosed share of Libya’s future crude oil output.

The AFRICOM chief said the key to political progress in Libya, which would enable the country to get the greatest benefit from such international deals, is cooperation between the Government of National Accord (GNA) in the capital and Haftar and the Libyan National Army in the east.

Russia has been trying to gain a larger grip on oil supplies in the Mediterranean and extend its influence in the Middle East and North Africa more broadly. Rosneft’s agreement with NOC, announced at an international oil conference in the British capital, was in addition to a separate deal for Russia to prefinance crude exports from Kurdistan, making Rosneft the first major oil company to take an active role in the semi-autonomous region in northern Iraq. Rosneft also recently acquired a stake in the Zohr gas field in Egypt.

The Libyan oil company estimates it needs $20 billion to reach its production goal of 2.1 million barrels per day within five years.

Turning again to Libya’s political situation and rivalries, Waldhauser said many parties are trying to assist.

“The Egyptians and Russians are also involved in trying to get this all together, because at the end of day a political solution is going to require” the participation of both General Haftar and Prime Minister Fayez al-Sarraj of the GNA, the U.S. commander said.

U.S. forces also have been actively fighting against the Islamic State group in Libya — most notably last month, when American B-2 bombers flew a 9,400-kilometer mission from their base in the central U.S. to strike IS training camps in Libya — and Waldhauser says the extremists’ efforts to expand in the north African nation have taken a significant setback.

“It has been very complicated and it continues to remain very complicated. Perhaps, if it’s possible, even getting more complicated,” Waldhauer added. “Our official government position is to support the GNA. And at AFRICOM, we’ve had a very good and close relationship not only with our State Department personnel, but with Prime Minister Surraj as well.”

American forces in Africa are eager to build partnerships in the sub-Saharan region to tackle terrorists — particularly Islamic State extremists, but also other dangerous groups. Waldhauser said the U.S. works to strengthen its regional partnerships by helping African nations develop their infrastructure, with training and also with crisis response.

U.S. can help in crises

“Many times we think of [crisis response] as a military operation,” the American commander said. “But crisis response is something we would be very, very involved in if there was a humanitarian disaster — famine in Somalia, for example; the Ebola breakout is another example. We do pay close attention to that.”

Nigeria is a key regional partner, and the United States is providing intelligence support and other assistance in the country’s fight against the Islamic State-affiliated terror group Boko Haram. A Nigerian representative to the Munich Security Conference, Major-General Babagana Monguno, said the increasing expansion of terror groups across national borders means international cooperation is vital.

“The uprising in Libya and the eventual capitulation of the Gadhafi government resulted in a southward flow of arms and human beings,” Monguno said. “The most natural place in sub-Saharan Africa for this flow was Nigeria.”

In the course of their efforts to suppress Boko Haram, Nigerian military forces have been accused of human-rights abuses by Amnesty International and others. Waldhauser said the United States takes such allegations against its partners seriously.

“We understand the requirement for battlefield ethics,” he told VOA. “We make it part of our training, and we try to continue to emphasize that … in the legal system [of the partner nations] and in our discussions with key leaders, as well.”

Operation Flintlock 2017, which is just getting underway, will bring together 2,000 service personnel from more than 20 African, European and North African nations.