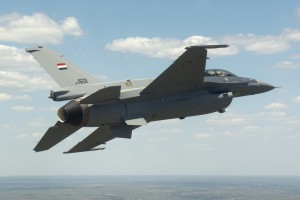 At least 40 members of Daesh have been killed in separate operations by the air force in Iraq’s crisis-hit western province of Anbar as well as the northern province of Salahuddin.

On Sunday, a total of 25 Daesh militants were killed when Iraqi fighter jets carried out a precision strike against the extremists’ position in the town of al-Qaim, situated about 500 kilometers (about 310 miles) west of the capital, Baghdad, Arabic-language al-Sumaria satellite television network reported.

Elsewhere, in the western city of Hit, located about 140 kilometers (85 miles) west of Baghdad, Iraqi jets carried out a precision strike against a Daesh-run bomb-making workshop, destroying all the explosives inside and killing several terrorists there.

An unspecified number of militants were also killed during Iraqi army aerial assaults on Daesh bases in Share’ and Taban districts west of the city of Samarra, located 125 kilometers (78 miles) north of Baghdad.

Separately, Iraqi security forces made fresh gains against Daesh in the city of Husaybah, which lies seven kilometers (4.5 miles) east of Anbar’s provincial capital city of Ramadi, on Sunday.

He added that Iraqi forces are removing roadside bombs as they push forward.

The northern and western parts of Iraq have been plagued by violence ever since Daesh began an offensive through Iraqi territory in June 2014. Army soldiers and Popular Mobilization units have joined forces and are seeking to take back militant-held regions in joint operations.