You are here: Home / Europe / Up to 7,000 russian and former Soviet nationals fighting for Islamic State 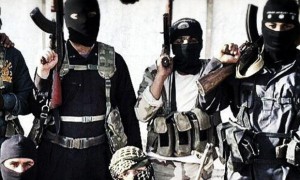 Between 5,000 to 7,000 nationals of the former Soviet Union, including Russia, are fighting with the Islamic State group, says the grand mufti of Syria, Ahmad Badreddin Hassoun. The grand mufti, the highest religious authority among Syrian Sunnis, said in an exclusive interview with the Russian state-owned Tass news agency that around 70,000 mercenaries in total were fighting alongside regular Islamic State militants, including people from Kazakhstan, Turkmenistan and Azerbaijan, all ex-Soviet republics with a Muslim majority.

“Some of them come with their families, undergo training in Turkey, receive financing from Saudi Arabia and instruction from U.S. and Great Britain,” said Hassoun, who is in Russia to take part in an international Islamic conference.

The Islamic State, also known as ISIS and ISIL, came to worldwide prominence in June 2014 after overrunning parts of Syria and Iraq and declaring an Islamic caliphate there. The group, which is led by Abu Bakr al-Baghdadi and has its de facto capital in Raqqa, Syria, is thought to include between 50,000 and 257,000 fighters from nations all across the world.

Of those recruits, Hassoun said some of them deeply regret their decision to join the Islamic State. “Several people turned themselves in,” said Hassoun. “They said they were deceived. They were told that they will live in the Islamic caliphate. But they saw that those are just bandits fighting each other to steal more.”

He added: “Hundreds and hundreds of families from Tatarstan, Kazakhstan, from other Russian regions and CIS countries go there to join,” said Hassoun, while discussing the conflict with the head of the Imperial Orthodox Palestine Society, a scholarly organization, Sergey Stepashin. The CIS refers to the Confederation of Independent States, the former republics of the Soviet Union.

Hassoun noted that ISIS propaganda is currently very effective. but Stepashin said that since the visit of the grand mufti to Russia’s Chechen Republic, which included a meeting with President Ramzan Kadyrov, things have been different.

“There have been no reports about Chechen militants in IS since then,” said Stepashin.