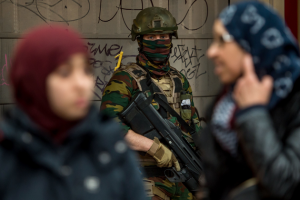 The information about the Euro 2016 plot reportedly came from Mohammad Abrini, the now-captured ‘man in the white hat’ who fled the scene of the Brussels airport bombing. The Hollywood notion of master criminals impervious to standard, long-proven interrogation techniques has once again proven false and misleading, as both Abdeslam and Abrini have provided much-needed information. Abrini was captured in Brussels on April 8, as part of an intensive law enforcement sweep in the aftermath of the attacks. In counterterrorism, raids tend to lead to more raids until a tipping point is reached and the targeted group begins to unravel and then collapse. Time will show if the Brussels group has reached that tipping point.

As seen with the reports of a plot against Euro 2016, high-profile events will be under greater threat than even the normally high-level baseline threat (http://soufangroup.com/tsg-intelbrief-when-terrorists-assault-cities/) . Likewise, mass transportation, however hardened, will continue to be a prime target. While the sheer number of potential targets is unknowable and unmanageable for security officials, the usual suspects of crime and terrorism are very knowable. Officials are rarely surprised at who is involved in these plots and attacks. Continuing to detect and then disrupt these groups—which are comprised mostly of individuals with criminal records (http://soufangroup.com/tsg-intelbrief-the-criminals-of-terror/)  as well as social and family ties to a distinct geographical area—will need to become the new normal for the various law enforcement agencies across the EU.