You are here: Home / Europe / Unlike Iran, Russia may be open to Assad’s exit 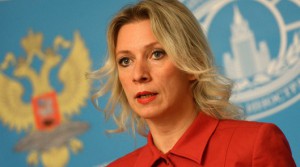 Russia does not see keeping Bashar Assad in power as a matter of principle, the Foreign Ministry in Moscow said in comments that suggested a divergence of opinion with Iran, the Syrian president’s other main international backer.

Fueling speculation of Russian-Iranian differences over Assad, the head of Iran’s Revolutionary Guard Corps suggested on Monday that Tehran may be more committed to him than Moscow is.

However, one senior regional official cautioned against reading too much into the public statements on Assad, saying there is no difference between Russia and Iran over him. They agree on his staying in office, and that it is up to the Syrian people to elect their president, the official said.

While Russia and Iran have been Assad’s foremost foreign supporters during Syria’s four-year war, the United States, its Persian Gulf allies and Turkey have insisted the president must step down as part of any eventual peace deal.

Talks in Vienna on Friday among the main foreign players involved in diplomatic efforts on Syria failed to reach agreement on Assad.

Asked by a reporter on Tuesday if saving Assad is a matter of principle for Moscow, Russian Foreign Ministry spokeswoman Maria Zakharova said: “Absolutely not, we never said that. We are not saying that Assad should leave or stay,” according to RIA news agency.

But another regime change in the Middle East could be a catastrophe that “could simply turn the whole region into a large black hole,” she added.

Her remarks appeared to suggest a difference of approach compared with Iran, which has sent forces to fight alongside Assad’s military. The Lebanese Hezbollah group, which Iran backs, has also sent fighters.

The head of Iran’s Revolutionary Guard Corps, Maj. Gen. Mohammad Ali Jafari, acknowledged that Russia “may not care if Assad stays in power, as we do.” The Tasnim news agency quoted him on Monday as saying: “We don’t know any better person to replace him.”

Nevertheless, the senior regional official, who is familiar with diplomatic contacts on Syria, poured cold water on any suggestion of a split. “Forget it. There is no Russian-Iranian difference over the matter of Assad,” the official said.

“We are talking about a national dialogue in Syria and an expanded government and a constitutional process. We are not at all talking about what is called a transitional period,” Faisal Mekdad said during a visit to Iran.

He said Assad had been elected president by a large majority and the Syrian people had confirmed there was no alternative to him as leader.

Russia intervened militarily at the end of September to support Assad by launching bombing raids on rebel groups trying to overthrow him.

A U.S. military official said a U.S. fighter jet and a Russian fighter aircraft had conducted a communications test over south central Syria to validate safety protocols. The two aircraft came within 5 miles (8 km) of one another in a test that lasted about three minutes, the official said.

The United States has sharply criticized Russia’s airstrikes and has ruled out any military coordination with Moscow. But the U.S. and Russian militaries did agree last month to the protocols, including how to communicate with each other during a close encounter in the air.

In a sign of the sensitivities, the Pentagon said calling Tuesday’s procedure a military “exercise” was incorrect, adding that had been only a “test.”

Moscow has shown increasing flexibility in diplomatic efforts to resolve a conflict that has killed 250,000 and displaced millions.

He did not say which opposition members might attend, but the invitation appeared to suggest a change in tone from Moscow, which has until now dismissed such groups.

In Washington, the U.S. State Department said it is premature for Moscow to invite Syrian opposition members to talks in Russia.

One Russian analyst said Moscow’s goal is not to support Assad, but to save the Syrian state and defeat terrorist groups. “It is the beginning of a political process,” said Irina Zvyagelskaya, a Middle East analyst at the Russian Academy of Sciences.

At the talks in Vienna, where Russia was the leading player, Moscow said it wanted opposition groups to participate in future discussions on the Syria crisis and exchanged a list of 38 names with Saudi Arabia.

On the battlefield, a newly formed U.S.-backed Syrian rebel alliance advanced against the Islamic State in the northeast province of Hasaka on Tuesday, the Syrian Observatory for Human Rights monitoring group said.

In the west, Russian warplanes carried out airstrikes in Hama province while unidentified jets bombarded the outskirts of the Islamic State-held city of Raqqa in the north.