You are here: Home / Senza categoria / United States and its allies needs ‘much larger counter-propaganda effort’ to destroy Islamic State 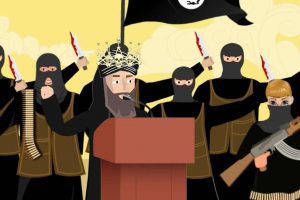 The Trump administration has “functionally destroyed” the “physical” Islamic State (ISIS/ISIL) caliphate in the Middle East, but “the war is not over,” warned Dr. Sebastian Gorka, a former deputy assistant to the U.S. president, in written testimony prepared for a House panel hearing on Wednesday.

Various analysts, including Dr. Gorka, have suggested that the outcome of the anti-ISIS war will be determined online ultimately, where the jihadist group has the edge over the United States and its allies.

Less than 3 years ago ISIS was the most powerful jihadist organization in the world, having eclipsed Al Qaeda. ISIS controlled vast areas in more than 3 nations, with operational affiliates in 15 more. It was making $2 million a day, had 6 million humans on its territory, and had re-established the physical theocratic Caliphate, the first ever group to do so since the last Caliphate was dissolved in 1924.

Today, none of the above it true, with the physical caliphate functionally destroyed. This is a direct result of the new Defeat ISIS (D-ISIS) strategy put in place by the Trump Administration … But the war is not over.”

Dr. Gorka suggested that the Trump administration will have to boost its counter-ISIS propaganda efforts to defeat the jihadist group.

The United States has struggled to defang the Islamic State’s efforts to disseminate its ideology online since the group broke off from al-Qaeda in Iraq in mid-2014 and officially became ISIS.

By mid-2016, Sen. Rob Portman (R-OH) conceded that the United States was in a “crisis mode” trying to prevent ISIS from gaining ground online.

Last September, the Policy Exchange think tank found that ISIS and other jihadist groups were winning the ongoing “netwar” against the United States and other countries trying to stop the spread of terrorist material online.

We will only have won [against ISIS] when young men and women no longer wish to become jihadists and when the black flag of jihad is as globally reviled as the Nazi swastika is today.

This will take a much larger counter-propaganda effort than we currently conduct. The effort should be executed in the overt and covert domain and focus on how best we can help credible voices in countries such as Jordan and Egypt delegitimize the message of the extremists. Most importantly this initiative will have to be driven out of the White House.

The United States now faces the daunting reality that the battlefield [in the war against ISIS] has migrated. It’s no longer on the ground in Iraq and Syria or anywhere else in the world, but on the internet … The Trump administration’s attention, energy, and resources must now be focused on combating ISIS’s radical ideology online, where it lives. Denying ISIS a territorial stronghold is a necessary, but insufficient, condition for our own victory.

Gorka pointed out that a lasting ISIS defeat is contingent on the success of the Iraqi government.

“The Physical Caliphate is no more, but Rump-ISIS still functions in numerous nations and still inspires attacks in Europe and the US. In order to suppress the Global Jihadist Threat, the Trump Administration needs to secure the political integrity of Iraq,” the former Breitbart News national security editor told lawmakers, explaining:

The political integrity of Iraq is vital in preventing a re-emergence of ISIS or similar actors in the future. At the same time, our battlefield victories against Sunni extremists such as ISIS or Al Qaeda, must not occur in ways that strengthen Iran and the Iranian regime’s Shia version of jihadi extremism. Subsequently, all our regional diplomatic efforts must be aimed at having our Sunni Muslim partners become the stabilizing force in Iraq [and the Sinai region in Egypt].”

Echoing Gorka and Turner, the U.S. National Counterterrorism Center (NCTC), a component of the Office of the Director of National Intelligence (ODNI), recently warned that operations conducted by America and its allies have failed to take a toll on ISIS’s online global reach.

ISIS has been able to retain its ability to mobilize jihadists online against the United States and other countries even as its so-called caliphate in Iraq and Syria “collapses,” also cautioned a top intelligence official at the U.S. Department of Homeland Security (DHS).