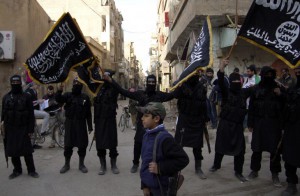 A new United Nations report says ISIS has more than 225 000 Syrians under siege in a single city.

The latest monthly report by Secretary-General Ban Ki-moon says the last time the UN was able to reach the besieged western neighborhoods of Deir ez Zor was in May 2014.

The report says the only UN aid that made it in last month, via the world body’s humanitarian partners, was 140 sheep.

The report obtained by The Associated Press says access to food is a serious concern.

The UN has been unable to deliver food and water treatment supplies for months to areas under the Islamic State group’s control, including the provincial capital of Raqqa.

The World Food Program again in March was unable to reach 700 000 affected people.