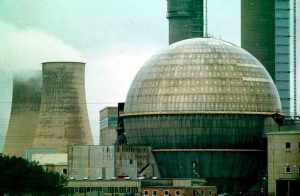 Airports and nuclear power stations in the UK have been told to tighten their defences against terrorist attacks in the face of increased threats to electronic security systems, like reported by independent.ie.

Security services have issued a series of alerts in the past 24 hours, warning that terrorists may have developed ways of bypassing safety checks.

Intelligence agencies believe that Islamic State of Iraq and the Levant (Isil) and other terrorist groups have developed ways to plant explosives in laptops and mobile phones that can evade airport security screening methods.

It is this intelligence which is understood in the past fortnight to have led the US and Britain to ban travellers from a number of countries carrying laptops and large electronic devices on board.

Now there are concerns that terrorists will use the techniques to bypass screening devices at European and US airports.

There were also fears that computer hackers were trying to bypass nuclear power station security measures. Government officials have warned that terrorists, foreign spies and “hacktivists” are looking to exploit “vulnerabilities” in the nuclear industry’s internet defences.

Jesse Norman, the energy minister, told The Telegraph that nuclear plants must make sure that they “remain resilient to evolving cyber threats”.

Mr Norman said: “The Government is fully committed to defending the UK against cyber threats, with a £1.9 billion (€2.23bn) investment designed to transform this country’s cyber security.”

Prof Malcolm Chalmers, deputy  director-general of the Royal United Services Institute, an independent think tank for defence and security, said: “It is important for the Government to respond rapidly to evolving cyber security threats.  “The potential threats are wide-ranging and are coming from government and non-government sources.  “Crucially there has to be clear  co-operation with the private sector to tackle this, especially as airports are usually in private hands.”

US intelligence officials have warned that groups including Isil and al-Qaeda may have developed ways to build bombs in laptops and other electronic devices that can fool airport security.

There are fears that terrorists made the breakthrough after obtaining airport screening equipment to allow them to experiment.

FBI experts have tested how the explosives can be hidden inside laptop battery compartments in a way that allows a computer still to be turned on.

They were said to have found that the technique would be achievable using everyday equipment.

The US Department of Homeland Security said in a statement: “Evaluated intelligence indicates that terrorist groups continue to target commercial aviation, to include smuggling explosive devices in electronics.

“The US government continually reassesses existing intelligence and collects new intelligence. This allows us to constantly evaluate our aviation security processes and policies and make enhancements when they are deemed necessary to keep passengers safe.”

Manny Gomez, a former FBI special agent, said: “We had the shoe bomber, cartridge attempt, now this is the next level. We need to be several steps ahead of them.”

Last year al-Shabaab, an al-Qaeda affiliate group in Somalia, detonated a bomb on a flight from Mogadishu to Djibouti.

The explosives were hidden in a part of a laptop where bomb-makers had  removed a DVD drive.

The bomber was blown out of the window but the plane survived.

However, experts have said the bomb would have been far more devastating had the plane reached cruising altitude. The warnings come as Britain remains on a “severe” state of alert following last month’s attack at Westminster, in which four people were killed and more than 50 injured.

Warnings that the nuclear industry has to do more to protect itself were contained in the five-year Civil Nuclear Cyber Security Strategy.

It says: “The volume and complexity of cyber attacks against the UK are growing and the range of actors is  widening.” Government officials say that the threat from cyber attacks is “growing” and add: “These attacks could disrupt supply, damage facilities, delay hazard and risk reduction, and risk adverse impacts to workers, the public or the  environment.”