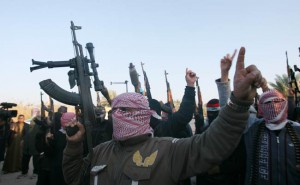 The United Arab Emirates has deported two men from Kerala who had posted pro-Islamic State comments on Facebook.

The posts indicated that they had been “radicalised,” sources said.

The two men are reportedly part of a group of 10 Indians being monitored closely in the UAE for sharing terror group Islamic State’s propaganda on social media.

The UAE has sent the two men back to India, but has not registered cases against them. It has also not revealed their names citing security reasons.

During Prime Minister Narendra Modi’s visit to the UAE last month, the two countries denounced terrorism and agreed to coordinate efforts to counter radicalisation. About 40 per cent of Indians living in the UAE are from Kerala, according to the government; many more travel to that country every year to work.

Last month, the Centre held a meeting of top bureaucrats and police chiefs from several states to discuss the threat of young people in India being influenced by the Islamic State or IS, which seeks to establish a caliphate and now controls large swathes of Syria and Iraq.