You are here: Home / Africa / Unicef to increase support for child victims of Islamic terrorism in Mozambique 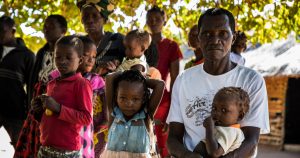 The United Nations Children’s Fund (Unicef) has promised to increase its support for child victims of Islamic terrorism in the northern Mozambican province of Cabo Delgado from 51 to 90 million US dollars.

This promise was made by the Unicef Regional Director for Southern and Eastern Africa, Mohamed Malick Fall, who is on a visit to Mozambique to learn about the impact of terrorist attacks on the situation of children.

On Monday, after a meeting with Foreign Minister Veronica Macamo, Fall, cited by the independent daily “O Pais”, said “I shall go to Cabo Delgado to verify the situation on the ground. We have heard about the many dramatic situations related with the protection of children and of women, because of the crisis the country is facing in that area”.

Although the exact number of children in a vulnerable situation in Cabo Delgado was not yet known, Fall promised that Unicef will increase its support, since the current levels of aid are insufficient.

“We, as Unicef, launched an appeal for 51 million dollars”, he said. “We know that, because of the deterioration of the situation, that amount is not enough. So we shall strengthen the appeal, so that we reach 90 million dollars”.

“We shall also resort to our regular programme and, if necessary, we shall increase our support”, he said.

It is not just Unicef that is concerned with the situation in Cabo Delgado, but also other UN agencies and the international community in general, added Fall, who are backing an appeal for a humanitarian recovery programme for the province.

He reiterated Unicef’s commitment to continue working with the government to draw up a new national programme for Unicef’s cooperation with Mozambique, covering the 2022-2026 period.