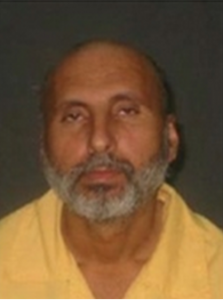 In documents recovered from a town in northern Syria, German magazine Der Spiegel has uncovered a 31 page document that appears to be the genesis for Islamic State.

Samir Abd Muhammad al-Khlifaw, better known by the pseudonym as Haji Bakr, was a former colonel in the intelligence wing of Saddam Hussein’s air defence force. He travelled to Syria in 2012 and took up residence in the town of Tal Rifaat, Aleppo Province, an area already teeming with Islamists radicalised from visits to Gulf states.

The report outlines the intricate structure Haji Bakr established to create a ‘state’ from which attacks into Iraq could be launched. Der Spiegel likens it to the East German Stasi domestic intelligence agency.

The blueprint requires that an Islamic missionary centre, or Dawah, be opened in new areas, from where sympathetic attendees could be enlisted as spies, providing information on powerful families and personal details that could be used for blackmail, such as who was homosexual.

Such information was then used to divide and conquer communities, before the new leaders could implement the detailed plans for everything from a Sharia judicial system to schooling, finance and media.

Power was seized and held on to through surveillance, espionage, murder and kidnapping the report claims.

Haji Bakr was killed in a gun battle in Tal Rifaat in January 2014. By then the former inmate of Abu Ghraib prison had been able to put some of his most important plans for the caliphate in place, including the positioning of Abu Bakr al-Baghdadi as its leader in 2010. This was to give IS an ‘Islamic face’ and the language used in the documents suggests that the Islamic foundations of IS are purely a cover for a deeply political, dictatorial organisation.

Spiegel got hold of the documents from an unidentified man who took them from Bakr’s house after he was killed. “Our greatest concern was that these plans could fall into the wrong hands and would never have become known,” the man said.