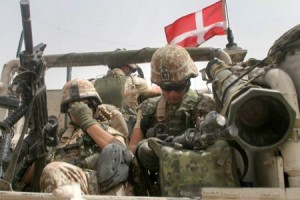 The United Nations has requested that Denmark send 250 soldiers and about 30 armoured trucks to Mali as part of a battle-ready supply unit, DR Nyheder has reported.

According to Major General Michael Lollesgaard, the head of UN’s ongoing peacekeeping mission in the embattled west African nation, the Danish efforts would link up with a newly-established convoy – a so-called Combat Convoy Battalion – operating in areas in the northern part of the country that are difficult to access.

The Danish soldiers at several of the nation’s barracks have been preparing for deployment to Mali over a longer period of time, but are awaiting the green light from Parliament.

One of the main hurdles for the UN mission in Mali are the obsolete and worn trucks the UN uses to transport supplies from the southern part of the country to the north.

The trucks often encounter road-side bombs (IEDs) or break down on the roads, and Lollesgaard stressed that the mission was no walk in the park.

“We’ve had over 50 deaths in the half-year I’ve been here, so it’s definitely a dangerous mission on which we are exposed to threats on a daily basis,” Lollesgaard said, according to DR Nyheder.

Last month, the Danish government revealed it was sending 12 police officers to Mali to strengthen Denmark’s contribution to the UN peacekeeping mission MINUSMA.