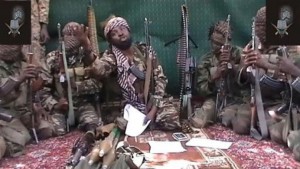 “Civilians in northeast Nigeria have been living through horrifying acts of cruelty and violence by Boko Haram.

“These include wanton killings, summary executions, forced participation in military operations – including the use of children to detonate bombs, forced labour, forced marriage and sexual violence, including rape,” Zeid said, citing eyewitness testimony gathered by his office.