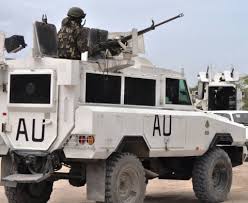 The United Nations Security Council travels to Burundi on Thursday in a bid to quell political violence in the tiny African state amid fears it may slide back into ethnic conflict.

Some council members hope to persuade President Pierre Nkurunziza to accept a 5,000-strong African Union peacekeeping force to end violence that has rattled a region where memories of the 1994 genocide in neighbouring Rwanda are still raw.

“There needs to be some kind of international force with a protection of civilians mandate present on the ground in Burundi,” said United States Ambassador to the United Nations, Samantha Power, who is leading the trip with France and Angola.

But diplomats say its members are divided on how to deal with Burundi and how much pressure to bring to bear.

Angola’s UN Ambassador Ismael Gaspar Martins said it was the state’s responsibility to protect citizens and “we’re not necessarily going to say (AU) troops have to be there.”

But he said there needed to be a stronger presence of AU observers on the ground to “convey to the international community what is objectively the situation in Burundi.”

Violence erupted when Nkurunziza announced his bid for a third term, which he secured in a vote in July boycotted by most opponents. The opposition says the move was illegal. Loyalists cite a court ruling that found he could run.

UN estimates put the death toll at 439 people but says it could be higher. More than 240,000 people have fled abroad.

French U.N. Ambassador Francois Delattre said a top priority was to “to break the cycle of violence and to prevent the genie of ethnic violence from getting out of the bottle.”

Burundi’s civil war that ended in 2005 had pitted the army, at the time led by minority ethnic Tutsis, against rebel groups of the majority Hutus, including one led by Nkurunziza.

The Office of the UN High Commissioner for Human Rights urged the council to press Burundi to accept peacekeepers and cited “indications of ‘ethnicization’ of the crisis”.

“The longer the delay, more forces and a more robust mandate will be needed,” it said in an informal note seen by Reuters.

The African Union announced plans for a 5,000-strong force in December, but Nkurunziza has rejected the plan.

Burundi’s government dismisses charges of ethnic violence, and says it adheres to ethnic quotas in government that were established by the peace deal that ended the 12-year civil war.