You are here: Home / MidEastGulf / UN says Iran has tripled uranium stocks and may have undeclared nuclear sites 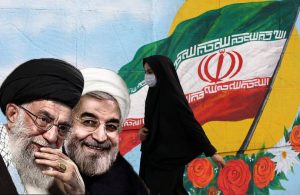 Iran has nearly tripled its stockpile of enriched uranium over the last three months in violation of its deal with world powers and is refusing to answer questions about three possible undeclared nuclear sites, the UN atomic watchdog said according to toi.com.

The International Atomic Energy Agency made the statement in a confidential report distributed to member countries that was seen by the Associated Press.

The agency said of February 19, Iran’s total enriched uranium stockpile amounted to 1,020.9kg, compared with 372.3kg noted in its last report on November 3.

The nuclear deal Tehran signed in 2015 with the US, Germany, France, Britain, China and Russia allows Iran only to keep a stockpile of 202.8kg.

The deal promised Tehran economic incentives in return for the curbs on its nuclear programme, but since Donald Trump pulled the US out of the deal unilaterally in 2018 Iran has been slowly violating the deal’s restrictions.

With the violations, Tehran has said it hopes to put pressure on the other nations involved to increase economic incentives to make up for hard-hitting sanctions imposed by Washington after the American withdrawal.

In a second report issued on Tuesday, the IAEA said it had identified three locations in Iran where the country possibly stored undeclared nuclear material or undertook nuclear-related activities without declaring it to international observers. It said it had sent questions to Iran in three letters but received no answers.

“The agency identified a number of questions related to possible undeclared nuclear material and nuclear-related activities at three locations in Iran that had not been declared by Iran,” the agency said in the report.

The IAEA had previously said that man-made uranium particles had been discovered at one location outside Tehran that had not been declared, which appeared to confirm allegations made by the US and Israel about a secret nuclear warehouse.

The agency said Tehran responded to its latest concerns in a letter on January 28 that “Iran will not recognise any allegation on past activities and does not consider itself obliged to respond to such allegations”.

The IAEA responded that its requests for clarification were in line with Iran’s broader commitment to allow inspections of its nuclear facilities and not tied to the landmark nuclear deal with world powers.