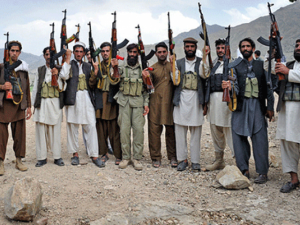 A United Nations report has revealed that Al-Qaeda in Indian Sub-continent (AQIS) recruits personnel from remote areas of India and Bangladesh, like reported by wionews.com.

According to the report, close to 180 operatives of the group work as Taliban advisers and trainers in southern and eastern Afghanistan.

UN monitoring committee’s 21st report of the ISIL (Daesh) and Al-Qaeda/Taliban Monitoring Team also states that Al-Qaeda continues to cooperate with the Taliban in return for sanctuary and operating space.

The report, dated January 26, was made public last week and assumes Al-Qaeda leader Ayman Al-Zawahiri to be in the Afghan-Pak border region.

According to the report, fighters from various Al-Qaeda affiliated groups in Afghanistan could number as many as 60,000.

The number of foreign fighters currently operating in Afghanistan is estimated to be between 10,000 and 15,000.

Currently, there are more than 20 groups active in the war-torn country. The Taliban remains the largest, with about 40,000 to 45,000 fighters, others would include fighters from groups like ISIL and a range of Al-Qaeda affiliated entities such as TTP, Lashkar-e-Tayyiba (LeT), Lashkar-i-Jhangvi (LJ), Lashkar-e-Islam (LeI), Jundullah, the Eastern Turkistan Islamic Movement (ETIM), and Islamic Movement of Uzbekistan or IMU.

ISIL commands between 1,000 and 4,000 fighters in Afghanistan including former members of the Tehrik-e Taliban Pakistan (TTP) and IMU, fighters from outside the immediate region, as well as Afghan Taliban defectors.

ISIL continues to resist and storm attacks, especially in Kabul, despite facing a clamp-down by Afghan and international military operations. While the group is in violent competition with the Taliban in some regions, in others there appears to be some mutual accommodation, the report stated.