You are here: Home / MidEastGulf / UN: More than 10,000 active Islamic State fighters in Iraq and Syria 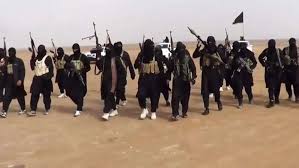 There are more than 10,000 Islamic State militants who are still active in Iraq and Syria, the United Nations’ top counter-terrorism expert said, two years after the group’s caliphate was declared destroyed.

Although the terrorist group known as ISIS or ISIL has been stripped of its caliphate in Syria and Iraq, military officials have warned that the group remains active and bent on recruiting a new generation of jihadis.

Speaking to the U.N. Security Council Monday, Vladimir Voronkov, under-secretary-general of the United Nations Office of Counter-Terrorism, said that ISIS fighters move throughout “in small cells between the two countries.”

He warned that despite successful coalition efforts to diminish the organization, ISIS fighters are increasing in Iraq and Syria but also in nearby countries including Africa’s Sahel region.

“In non-conflict zones, the threat appears to have decreased in the short term,” he told the 15-member council. “Measures to minimize the spread of COVID-19, such as lockdowns and restrictions on movement, seem to have reduced the risk of terrorist attacks in many countries.”

Mr. Voronkov, however, said that “there is a continued trend of attacks by individuals inspired online and acting alone or in small groups, which could be fueled by ISIL’s opportunistic propaganda efforts during the COVID-19 crisis.”

Pentagon leaders have expressed confidence that ISIS no longer poses the direct global and U.S. national security threat it represented at its peak five years ago, but the top commander responsible for U.S. operations in the Middle East suggested last month that a robust and long-term deradicalization initiative is missing.