You are here: Home / Africa / UN mission concern over escalation of conflict in South Sudan 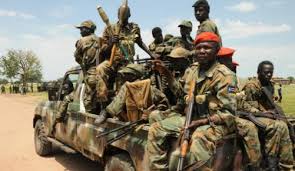 The United Nations Mission in South Sudan (UNMISS) has voiced concern about an escalation in the fighting between Government and opposition forces in the west bank of the River Nile in the African country’s north.

Fighting has reached what the head of UNMISS, David Shearer, described as “worrying proportions,” according to a statement issued by the Office of Spokesperson for the UN peacekeeping operation, like reported by ekklesia.co.uk.

“What began with an exchange of fire between SPLA [the Sudan People’s Liberation Army] and Aguelek opposition forces, has expanded geographically”, the statement said, noting that military resupplies have since been observed arriving in the area.

Military operations on the west bank of the Nile River are taking place in an area where people, predominantly from the Shilluk ethnic group live, forcing people out of their homes. The town of Wau Shilluk is now reported to be deserted. Humanitarian workers have been evacuated and aid is not being provided, the statement added.

On 8 February 2017, UNMISS received reports of hostilities between the two sides in Owachi and Tonga, Panyinkang County.

Meanwhile, Mr Shearer today returned to the South Sudanese capital, Juba, from a two-day field visit to Bentiu and Leer, two towns which have been among the most affected by the country’s conflict, according to a separate statement issued  by the spokesperson’s office.

In Bentiu, Mr Shearer met state government officials, as well as internally displaced people who are living in the largest protection of civilians site in the country. In Leer, he visited the mission’s temporary operating base to assess UNMISS’ success in mounting robust patrols which push the mission’s presence deep into the field.

He held discussions with local officials and also took the opportunity to travel to an opposition-controlled area to meet with pro-Machar representatives so he could hear all shades of opinion on how to facilitate humanitarian assistance and advance the peace process, the statement said.

The local opposition told Mr Shearer that they support the current localised cessation of hostilities and remain in a defensive position which they hope will encourage the return of humanitarian agencies to Leer.

Both the local authorities and the opposition praised the UN for its efforts to facilitate communications between them. Mr Shearer heard that they both recognise that an inclusive national dialogue will assist the peace process, the statement added.

South Sudan has faced ongoing challenges since a political face-off between President Salva Kiir and his then former Vice-President Riek Machar erupted into full blown conflict between forces loyal to each in December 2013. The crisis has produced one of the world’s worst displacement situations with immense suffering for civilians.

Despite the August 2015 peace agreement that formally ended the war, conflict and instability have also spread to previously unaffected areas.