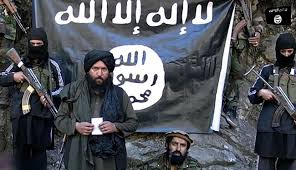 The Islamic State (ISIS/ISIL) is expanding its presence in Afghanistan, recruiting followers in nearly 75 percent of the country’s 34 provinces, according to a United Nations report.

That revelation comes less than a year after ISIS announced the establishment of a province in the Khorasan, a historic name for a regions that encompasses Afghanistan, Pakistan, parts of Iran, and other surrounding countries.

“The number of groups and individuals who are openly declaring either loyalty to or sympathy with ISIL continues to grow in a number of provinces in Afghanistan,” said the UN report, which has been quoted by various news agencies, including Agence France-Presse (AFP).

Afghan government sources told the UN that “sightings of the groups with some form of ISIL branding” or sympathy were reported in 25 provinces in the country, added the UN report.

ISIS, which has captured swathes of Iraq and Syria, has been trying to establish a foothold in Afghanistan, posing a challenge to the Taliban.

An estimated 10 percent of Taliban members are considered ISIS sympathizers, the UN learned from Afghan security forces, according to the report prepared by the UN’s al-Qaeda sanctions committee.

BBC quoted a local official, saying that at least two police officers and 60 militants were killed in the attack in the Achin district, close to Pakistan.

ISIS loyalists primarily target Afghan security forces, except in Nangarhar province, where they are fighting the Taliban for control of the illicit opium trade, revealed the UN report.

Al-Qaeda-linked foreign fighters from Pakistan and Uzbekistan have pledged allegiance to ISIS after leaving their country and have “rebranded themselves” in recent months, added the report.

Moreover, up to 70 ISIS jihadists from Iraq and Syria are now part of the core ISIS branch in Afghanistan, noted the report.

The growing emergence of ISIS is not considered to be an “immediate increased threat” by Afghan security authorities, said the report, adding that they are nevertheless monitoring the “potential new threat.”

Afghanistan’s Ministry of Interior (MoI) denied the presence of ISIS in 25 Afghan provinces, adding that the country’s National Security Council had approved a strategy to fight the jihadist group, reports Pajhwok Afghan News.

“He said the activities of IS had been traced by the intelligence agencies in Helmand and Nangarhar provinces,” adds the report.

The United States has expressed concerns about ISIS’ efforts to establish a stronghold in Afghanistan, reports Voice of America, citing an anonymous senior State Department official.

“It is a newly emerging threat,” said the American official. “It is unpredictable as yet how it might evolve. It is something that we are taking seriously.”

The U.S. has been combating terrorism in Afghanistan since October 2001. President Obama declared an end to the U.S. combat mission there at the end of last year, withdrawing most American troops.