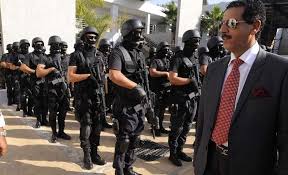 Morocco signed an agreement with the United Nations Office of Counter-Terrorism (UNOCT) on Tuesday to establish the first African UNOCT programme office in Rabat, like reported by thearabweekly.com.

Under-Secretary-General of the United Nations Counter-Terrorism Office Vladimir Voronkov said the UNOCT office will provide training on counterterrorism, law enforcement and border security management to aid in the fight against terrorism. He added that Morocco is a pioneer in combating terrorism due to its efforts at home, in Africa and across the world.

For his part, Moroccan academic and political analyst Mohamed Boudin told Al-Arab that the establishment of the new office reflects the UN’s and international community’s trust in Morocco’s strategy to combat terrorism.

He sees Morocco’s efforts as complementary to the UN’s and an extension of the strategic relationship between the two. He said the UN is interested in opening up to the African continent and building a network to combat terrorism and address its roots and origins.

Bourita said that Morocco is committed to working with the new office to set up an advanced, dynamic training programme that works to prevent, monitor and prosecute terrorist acts.

He noted that in Lake Chad, the number of victims of terror attacks by Boko Haram and ISIS has nearly doubled since June 2017, rising from 506 to 964.

The Moroccan minister said the figures confirm that Africa needs more “immediate and determined” action to stabilise the continent, consolidate its security and enable it to focus on sustainable development.

As partners, the UN and Morocco are monitoring the rise in terrorism this year in areas of Africa, particularly the Sahel region, which has seen a spike in such attacks. Assaults by “Jama’at Nasr al-Islam wal Muslimin” (JNIM) and ISIS have increased sevenfold since 2017.

According to observers, Morocco’s growing influence in Africa and its recent efforts to enhance cooperation between countries in the content have made it indispensable in the international fight against terrorism.

Morocco’s counterterrorism strategy is an example to other countries facing the issue and has made it an active member of the international coalition against ISIS.

In October, participants of the Global Counter-Terrorism Forum (GCTF), co-chaired by Canada and Morocco, renewed their confidence in the leadership team by extending their mandate for an additional year. They also acknowledged Morocco’s efforts to combat terrorism.

Observers believe that Morocco will benefit from the UNOCT program office diplomatically by adding to its political and security record, in turn strengthening its close relations with the UN as well as Arab and African countries.

The general secretariat of the Organization of Islamic Cooperation (OIC) praised Moroccan security authorities’ vigilance after they broke up a terrorist cell in Tangiers. The general secretariat stressed that the OIC supports Morocco’s measures to combat extremism and terrorism, and help preserve the country’s security, stability and territorial integrity.