You are here: Home / Senza categoria / UN Counter-Terror Chief: Islamic State be able to orchestrate attacks across globe in 2021 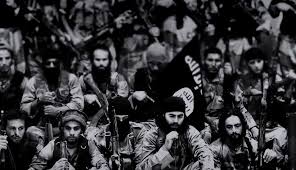 The Islamic State terror group could regain the capacity to organize attacks around the world this year, Under-Secretary-General of the United Nations Office of Counter-Terrorism Vladimir Voronkov told a UN Security Council meeting on Wednesday.

“Member States warn that ISIL [Islamic State] could regain the capacity to orchestrate attacks in different parts of the world in the course of 2021,” Voronkov said, citing the twelfth report of the UN Secretary-General Antonio Guterres on the threat posed by Islamic State to international peace and security.

Voronkov noted that during the COVID-19 pandemic, the risk of exposure to Islamic State propaganda has continued to grow outside conflict zones as people spend more time at home and online.

“This could lead to a sudden rash of attacks in some countries, when COVID- 19-related movement restrictions ease,” he said.

Voronkov also pointed out that the pandemic could further aggravate the longer-term threat by the Islamic State as the socio-economic crisis and political fallout contribute to expanding the number of people vulnerable to radicalization.