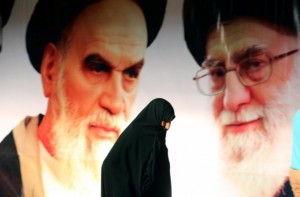 A U.N. committee on Tuesday decried Iran’s violations of human rights, mainly the high frequency of executions, the discrimination policy against minorities and the violation of women’s rights.

The General Assembly’s human rights committee called for more accountability and urged the Iranian government to carry out transparent presidential elections in 2017.

The unbinding resolution of the committee demanded that Iran fulfills its obligations stipulated in human rights treaties, which Iran is a signatory.

The measure was approved by 85 votes in favor and 35 against while 63 abstained from voting.

Some of the countries that voted against the resolution are: Russia, Iraq, India, Pakistan and Syria. However, Chile, the UK, U.S., Japan and Hungary defended the resolution, expressing hope that it would push Tehran to enhance human rights conditions and guarantee democratic rights for citizens.

The Saudi representative said that the Kingdom used to abstain from voting but this time will vote in favor of the resolution as an appreciation to the Iranian people.

According to the resolution, the General Assembly urges Iran to guarantee the freedom of speech and forming assemblies, curb discrimination and other violations against women and minorities.

In a related matter, Iran’s Foreign Ministry Spokesman Bahram Ghasemi rejected the international resolution, saying it disregarded the Iranian situation and was being selective.

Ghasemi added that “the regime in Iran is democratic-religious and operates based on basic policies and concepts.”

He also rejected accusations of racism.