State responses to terrorism have eroded the very human rights of citizens that states attempt to protect, said Antonio Guterres. With terror attacks on the rise in Europe, the UN chief called for a balanced approach 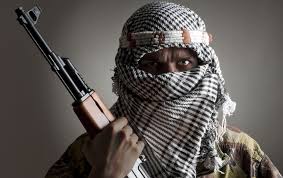 UN Secretary-General Antonio Guterres on Thursday described modern-day terrorism as an “unprecedented threat to international peace, security and development” during a speech at London’s School of Oriental and African Studies, like reported by dw.com.

However, Guterres, a former prime minister of Portugal who headed the UN’s refugee agency for 10 years, told students that governments’ responses have failed to tackle the root causes of radicalization, and in some instances contributed to its growth.

“They can actually make us less safe by undermining good governance and the rule of law,” Guterres said, referring to state policies that have eroded human rights to bolster counter-terrorism efforts.

“Counter-terrorist policies may be used, and are being used, to suppress peaceful protests and legitimate opposition movement; to shut down debate; to target and detain human rights defenders; and to stigmatize minorities.”

The attacks were more prevalent in developing countries, with roughly 75 percent of the assaults taking place in Afghanistan, Iraq, Nigeria, Somalia and Syria.

Over the past three years, the West has witnessed an increase of terror attacks on European and American soil, including in Berlin, Paris and Brussels. In response, countries such as France have enacted stringent counter-terrorism laws, which have been criticized by human rights groups for eroding a number of personal rights and liberties.

“Governments have a responsibility to protect those within their jurisdiction from extremist attacks, but must ensure that all counterterrorism measures respect human rights,” said Human Rights Watch on its website, noting it monitors state actions to ensure “rights to life.”

“We also condemn governments for targeting minorities or stifling the rights to free expression, association and peaceful assembly in the name of security. Such measures are not only unlawful under international law, they are also counter-productive.”