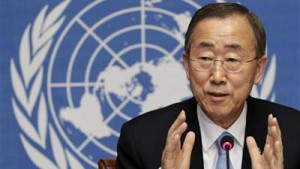 Burundi is being discussed during a closed session currently underway and continues to dominate in the AU summit. The country has been plunged into turmoil with at least 400 people killed and over 220 000 fleeing since violence erupted in April 2015.

This is after President Pierre Nkurunziza indicated he was seeking a third term in government. He’s opposed to the troop deployment, saying its interference in a sovereign country.

The UN Chief also discouraged African leaders from clinging to power. The UN meanwhile came under fire again for an un-reformed security council which remains to be a thorn in Africa’s flesh.

The AU summit draws to a close on Sunday and any pronouncement on Burundi will be closely watched.