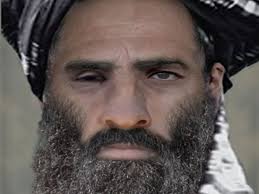 The United Nations has welcomed as a “positive development” Taliban leader Mullah Mohammed Omar’s endorsement of direct talks between his group and the Afghan government, saying the world body fully supports the peace process.

“It’s obviously a positive development that there would be public support from the head of the Taliban,” UN Secretary-General’s Spokesman Stephane Dujarric told reporters at the regular noon briefing on Wednesday. “Obviously, a lot of work to be done ahead, but any dialogue, I think, that is in the framework that we’ve seen it is clearly positive,” she said in reply to a question. Afghan government officials last week met with Taliban representatives. The talks are expected to be resumed after the Eid-ul-Fitr holidays.

The meeting, which took place in Murree, was one of the highest-level contacts between the two warring parties in recent years, offering the hope that a formal peace process aimed at ending the long-running conflict could soon begin. The US and Chinese officials took part in Tuesday’s meeting as observers.

In an Eid message attributed to him, Mullah Omar voiced his approval for the ‘legitimate’ peace talks between the his group and the Afghan government. “If we look into our religious regulations, we can find that meetings and even peaceful interactions with the enemies is not prohibited,” Omar wrote in the statement.

“Therefore, the objective behind our political endeavours as well as contacts and interactions with countries of the world and our own Afghans is to bring an end to the occupation and to establish an independent Islamic system in our country.”