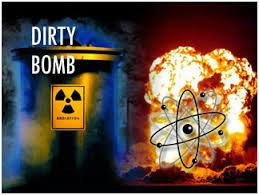 The world needs to do more to prevent “nuclear terrorism”, the head of the UN atomic watchdog has warned ahead of an important summit and in the wake of the Brussels terror attacks.

“Member states need to have sustained interest in strengthening nuclear security,” he said. “The countries which do not recognise the danger of nuclear terrorism is the biggest problem.”

Amano’s comments came before a summit of around 50 leaders in Washington on March 31-April 1 on ensuring that nuclear material in the world’s roughly 1,000 atomic facilities are secured.

Highlighting the risks, in December Belgian police investigating the November 13 Paris terror attacks found 10 hours of video of the comings and goings of a senior Belgian nuclear official.

The material, filmed by a camera in bushes outside the official’s home, was reportedly found at the property of Mohamed Bakkali, incarcerated in Belgium for his links to the Paris attackers.

One Belgian newspaper reported that the device was collected by none other than brothers Ibrahim and Khalid El Bakraoui — two of the suicide bombers in this week’s Brussels attacks.

The Washington summit is part of a process begun by US President Barack Obama in a speech in Prague in 2009 and follows similar gatherings in Seoul in 2012 and The Hague in 2014.

Major progress has been made, with countries reducing stockpiles of nuclear material, experts say. Japan for example is this month returning to the US enough plutonium to make 50 nuclear bombs.

But according to the International Panel on Fissile Materials, enough plutonium and highly enriched uranium still exist to make 20,000 weapons of the magnitude that levelled Hiroshima in 1945.

A grapefruit-sized amount of plutonium can be fashioned into a nuclear weapon, and according to Amano it is “not impossible” that extremists could manage to make a “primitive” device — if they got hold of the material.

“It is now an old technology and nowadays terrorists have the means, the knowledge and the information,” he said.

But he said that a far likelier risk was a “dirty bomb”.

This is a device using conventional explosives to disperse radioactive material other than uranium or plutonium.

Such material can be found in small quantities in universities, hospitals and other facilities the world over, often with little security.

“Dirty bombs will be enough to (drive) any big city in the world into panic,” Amano said. “And the psychological, economic and political implications would be enormous.”

This is thought to be well within the capabilities of extremists. The Islamic State group has already used chemical weapons, CIA director John Brennan told CBS News in February.

Since the mid-1990s, almost 2,800 incidents of illicit trafficking, “unauthorised possession” or loss of nuclear materials have been recorded in an IAEA database. One such incident occurred in Iraq last year.

“It is very possible this is the tip of the iceberg,” Amano told AFP.

A vital step, he said, would be the entry into force of the arcane-sounding but important 2005 Amendment to the Convention on the Physical Protection of Nuclear Material (CPPNM).

It is the only legally-binding international undertaking for the physical protection of nuclear material.

Amano said it will reduce the likelihood of a dirty bomb by making it legally binding for countries to protect nuclear facilities and to secure nuclear material in domestic use, storage and transport.

Pakistan this week became the latest country to ratify the CPPNM, bringing to just eight the number of adherences still required.

“The weakest link (in nuclear security) is that this amendment. .. has not entered into force. This is a top priority,” Amano said, expressing hope that this could happen “in the coming months”.