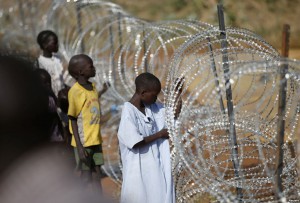 A UN official, Annette R Johansen, a Norwegian Individual Police Officer (IPO) from the Formed Police Unite (FPU) coordination office in UNMISS, yesterday started the inspection ahead of the deployment.

Police spokesperson, ACP Celestin Twahirwa said: “The UN requested that Rwanda prepares another additional force of 70 officers, who will join the already 170 peacekeepers deployed in Malakal.”

“For the UN to request an additional force, it is an indication of the good performance and conduct of Rwandan peacekeepers,” he added.

Johansen’s mission is, therefore, to inspect the operational readiness of the force including communication skills, public order and crowd control skills among others.

Rwandan peacekeepers have been praised for professionalism and high degree of discipline, and for exporting home-grown initiatives including the monthly community work, Umuganda, supporting vulnerable communities and e-policing.

The role of FPU includes humanitarian assistance, crowd control, escorting VIPs and protection of civilians.
With the deployment of the 70 officers, Rwanda National Police will now have over 930 peacekeepers operating in seven missions and four Police Professional posts.