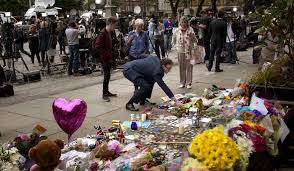 The United Kingdom’s domestic counter-intelligence and security agency M15 has warned of “intense” challenges from terrorism. The head of M15, Andrew Parker, said 20 plots had been stopped in the past four years and there was “more terrorist activity coming at us, more quickly” and that it can also be “harder to detect”, like reported by neweurope.eu.

This year, the UK has suffered five terror attacks, including attacks in Manchester and London.

As reported by the BBC, Parker added that more than 130 Britons who travelled to Iraq and Syria to fight with so-called Islamic State had died.

Speaking in London, Parker said the tempo of counter-terrorism operations was the highest he had seen in his 34-year career at MI5.

Twenty attacks had been foiled in the last four years, including seven in the last seven months, he added. All were related to what he called Islamist extremism.

“Attacks can sometimes accelerate from inception through planning to action in just a handful of days,” said Parker. “This pace, together with the way extremists can exploit safe spaces online, can make threats harder to detect and give us a smaller window to intervene.”

As regards state threats, Parker said the range of clandestine activity conducted by foreign states – including Russia – went from aggressive cyber-attack, through to traditional espionage and the risk of assassination of individuals.