You are here: Home / Africa / UK troop deployment in Mali 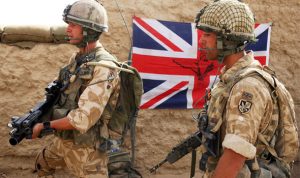 The UK is sending 250 soldiers to Mali to join the UN peacekeeping mission in 2020. The UN mission has been described as one of the most dangerous in the world: over 200 peacekeepers have been killed since it began in 2013.

The deployment is in response to increasing insecurity in the wider Sahel region in west Africa. The Government adopted a new strategic approach to Africa in 2018 with a focus on the Sahel. The UK already provides logistical support to a French counter-terrorism operation in Mali and supports the regional G5 Sahel group’s efforts to combat Islamist groups.

The political situation in Mali is fragile and complex following a coup in 2012. Implementation of a 2015 peace agreement remains tentative. Beyond the rise of Islamist and other armed groups, there are also concerns about the impact of climate change, developmental challenges and a worsening humanitarian crisis.

The UK has warned of the “potentially catastrophic impact” of Covid-19 in Mali and the Sahel.