You are here: Home / Europe / UK to Bomb Daesh within 48 hours 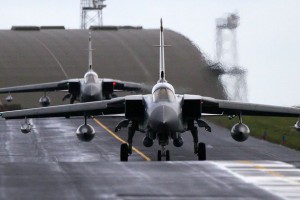 David Cameron has announced that a vote on air strikes in Syria will take on place on Wednesday.

Jeremy Corbyn has granted Labour MP’s with a free vote over the proposed intervention.

A one-day debate will take place on Wednesday, despite Corbyn’s request for two, this is primarily due to the PM’s being out of the country on Thursday.

It’s expected that 100 Labour MP’s will support the proposed intervention, with around 132 following Corbyn’s ‘No’ vote.

A Labour spokesman said: “Today’s shadow cabinet agreed to back Jeremy Corbyn’s recommendation of a free vote on the Government’s proposal to authorise UK bombing in Syria.

“The shadow cabinet decided to support the call for David Cameron to step back from the rush to war and hold a full-two day debate in the House of Commons on such a crucial national decision.”

Strikes against ISIS in Iraq, which were authorised by MP’s in 2014, were said to be “successful” by David Cameron.

“It’s shrunk Isil territory by 30%, it’s damaged their infrastructure, it’s set them back – it’s right to extend that action to Syria,” he said.

He elaborated that strikes are part of “a broader strategy” to implement political and democratic change, and support humanitarian efforts.